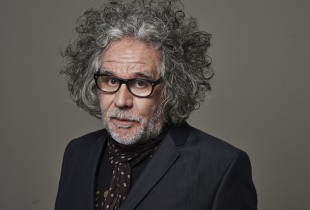 Winner of the Silver Stand Up Of The Year award 2013. Wild haired Lucero has sold out venues at this year’s Leicester Festival and in London’s West End with his new show ‘George Carlin Saved My Life’

An older Dad struggling to come to terms with 21st century life he talks about health, marriage and all things technical, his FaceBook / Sausage routine is fast becoming a classic. Marc has recently been featured on both BBC Radio 4 and BBC London.   A very popular act on the UK circuit.