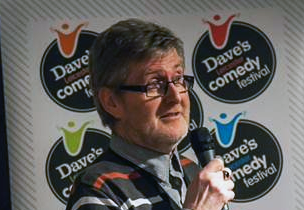 Peter Callaghan started performing stand up comedy in 2009. What started as a mid-life crisis stint is gradually developing into a pension plan, with over 300 gigs under his belt, weekend slots at Downstairs at the Kings Head and Headliners in Chiswick.

Semi finalist at the Laughing Horse competition 2012 and finalist in The Max Turner prize (2011).

“Gentle and dulcet toned, Peter is deceptively clever in his observations” – Mirth Control